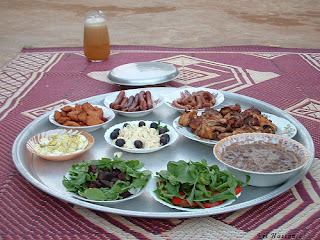 FOURTEEN main courses each reflecting the best of each state in Malaysia is what the Botanic Resort Club offers customers for Ramadhan.

“We wanted to offer our customers something special and came up with this idea of offering at least one dish from each of the states," said the chief chef of the five-month-old club Mohd Azmi Saad.

"We also have fried cempedak, jackfruit, bananas and tapioca.

“Two types of soups are available while fruit juice, cordial drinks, soya bean, sugar cane and tab tarik are available at the beverage section," he added

Club food and beverage manager Shaharuddin Mokhtar said the Ramadan spread would he available from Sept 22.

"We are offering the buffet at a promotion price of RM30 per person for members and RM35 per non member," he said, adding that they also served western and local food.

Good Ramadhan months will always be cherished by muslims around the world. Can't wait foe next ramadhan to come